I walked in solitude as the cold winter sun cast long shadows of crosses and stars on this solemn ground. I could hear voices whispering their modesty in thanks for my sojourn to Normandy from Paris to visit with them in silence. I came to offer my deepest gratitude and prayers for souls that sacrificed it all on the shores beneath the cliffs just meters away. And also to offer the same for all the US and allied soldiers who have fought upon foreign shores and lands for the spread of freedom and liberation of the oppressed.

Walking along the shoreline and this hallowed ground past the 9,387 tombstones of Christian crosses and Jewish stars, I couldn’t help but be sobered by the bloody and gruesome battles that took place here over 60 years ago. It’s an incredibly humbling experience to be here. The dead that are buried beneath this now cold ground left behind beloved parents, family’s, wife’s or girlfriend’s, as well as friends, brother’s, sister’s, nieces and nephews, and knew that in all likelihood they would never be reunited in this lifetime. But they braved the cold waters and heat while bogged down under continuous fire from the cliffs above the beachheads of northern France. In silence, as the goosebumps and chills are felt, you can hear the unbelievable noise from that day and feel the ground shaking from the myriad explosions of mortar shells and bombs from allied planes miles away doing their best to split the German defenses. 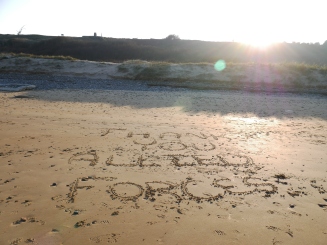 Upon leaving the Normandy American Cemetery and waiting for the bus to take me back to Bayeux, a lady noticed me waiting. She was worried that I may have missed the last bus from the cemetery back to town and asked if I wanted a ride to the next town to catch the bus there. I happily accepted as the weather was beginning to get a lot colder now that the sun had fallen below the horizon. When she learned that I was American she spoke of how appreciative the older generations of the French people in this region are of America. They relish in the fact that if not for these brave men that they would not have been freed to go back to the lives they were accustomed to enjoying. And I could feel this appreciation during my short time in this part of northern France. It gave me an even deeper respect for those whose lives were lost here that day and the days that followed, as their souls now occupy this land. I felt welcomed by these souls now resting here in peace as if they were offering their appreciation to me for the debt of gratitude I traveled here to pay back with the simple gesture of my visit.

I have an infinite amount of respect for our armed forces and those courageous individuals who, for whatever their reason, choose to volunteer their life in service to our country. It is the most selfless act a person can offer in his or her life. To risk giving up your life for your family, neighbors and your country, and those in other countries who are comforted by the fact that America has done more for the spread of freedom for others than any nation in the history of mankind. And as Colin Powell famously said, “We have gone forth from our shores repeatedly over the last hundred years…….and  put wonderful young men and women at risk, many of whom have lost their lives, and we have asked for nothing except enough ground to bury them in, and otherwise we have returned home to seek our own lives in peace, to live our own lives in peace.” 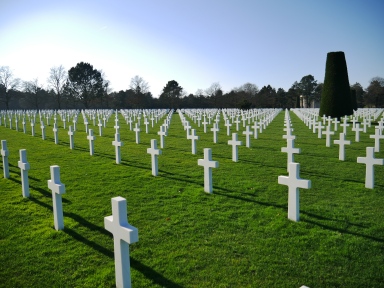 I am very fortunate to live in a country who believes that all people born in the image of God should live under a blanket of freedom and liberty. Today is not a day to have a debate about all the bad that war’s effects have caused to the current state of things in so many nations across this word. Let’s instead choose to honor the sacrifice that selfless men and women for decades have made for the spread of freedom worldwide and for the liberty we, in America, are blessed with more so than any other nation. Having traveled extensively and met so many people all over the world on my travels, the one thing I am always grateful to hear is how often I am told that others admire America or how much they desire to one day be able to travel to our country. You can hear in their voices, see in their eyes and feel their energy the appreciation and respect they exhibit when they speak of America.

So, on this day, this Memorial Day 2017, I would like to thank all American’s who have made the ultimate sacrifice for their nation. But my deepest appreciation, respect, love and thanks is reserved for my grandfather’s brother and to my grandfather, who lost his right leg and suffered major injuries to his right arm from a landmine he stepped on in Germany just weeks after learning his brother had been killed by a German sniper in France. I never once heard my grandfather complain about his handicap. Nor did he speak much about the war at all. It wasn’t until just a year or so before his death that he opened up to my parents and I about his experiences in England, France and Germany. Hearing his stories put into an even deeper and respectful perspective the sacrifices that all who fought offered the world.

May God rest all of your souls in peace that now blankets you. Until we live in freedom and peace together for eternity I will continue to carry your sacrifices in appreciation and not taking them for granted. Thank you and rest in peace!

Ronald Reagan, March 30, 1961 – “Freedom is never more than one generation away from extinction. We did not pass it to our children in the bloodstream. It must be fought for, protected, and handed on for them to do the same, or one day we will spend our sunset years telling our children and our children’s children what it was once like in the United States where men were free.” 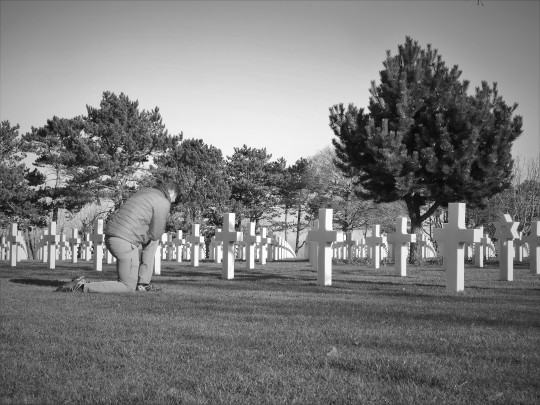 5 thoughts on “Souls Whispered In Silence, I Echoed With Tears Of Gratitude”